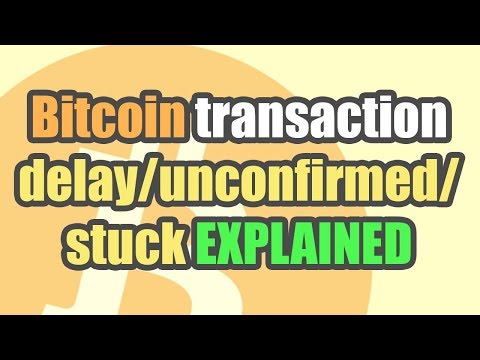 The following post by arsonbunny is being replicated because some comments within the post(but not the post itself) have been openly removed.
The original post can be found(in censored form) at this link:
np.reddit.com/ CryptoCurrency/comments/7qk781
The original post's content was as follows:


I'd like to take the time to reflect on the crazy year that was 2017 for cryptocurrency investors, and weigh in on what we've learned over the past year, while also making a few predictions for the future.
One year feels like a decade in crypto, and so many various forces finally cumulated together in 2017 that we had an explosion of activity that left me feeling both exhausted and exhilarated. We saw LTC go on Coinbase, we saw an ICO rush with new issues like Bancor raising 150mil in 3 hours, we saw the absurdity that is cryptokitties crushing the ETH network, we saw Bitcoin Cash and the shitshow surrounding that, we saw Segwit and the long awaited Bitcoin futures. I will always remember where I was at the moment I watched Bitcoin pass $10,000 on GDAX. I will never forget the sweat as I watched the Gemini Auction for my BTC and then waiting for the payment to settle. And I will never forget the flurry of questions, advice seeking and inquiries from people in December as the media spotlight made cryptocurrencies a mainstream concern. We've come a long way, from the days of being considered oddball technogeeks to now being the vanguard of early adopters.


Some major trends in 2017 and lessons learned

Some predictions for the year 2018

Decline for Bitcoin
I have a long-standing emotional connection to Bitcoin and really do want it to succeed. But by now even the early adopters have come to accept how far away we are from the original vision of the currency. We are now seeing a decrease in adoption among ecommerce sites, which a sad state of affairs. I'm not so confident that Lighning will be enough at this point. Lightning likely wont be here for at least another 1-2 years and the problem will be user adoption. Segwit gave users a 40% discount on fees, and was a relatively simple upgrade, yet its 2018 and only 8% of transactions come from Segwit addresses. LN is way more difficult to implement, so don't expect it to be useful for at least a year after release. Core developers should have followed through with the New York Agreement and increased the blocksize to 2 MB. It's actually much more practical to scale BTC through miners than users, as most miners abide by the rules of a small set of mining pools and use the same software. Segwit2X was doomed to failure but it had 90% support among miners before the campaign against it started, and even after it had over 70% miner support. I think 70% miner support before a fork is vastly better for initiating a change than 8% user support.
Core team really needs to wake up right away and realize that the continual declines in market dominance are a reflection of Bitcoins failure to find utility, and that the first movers advantage and name brand will not last forever. Unless it solves the problem of insane transaction fees, ballooned mempool size, long transaction times and most of the accounts not even being able to afford to move the balance out I don't see BTC doing anything but declining in market dominance.
Ethereum will become an even more dominant force
I can see the long awaited flipening come in 2018. Ethereum already processes way more transactions than anything else, it already is basically THE platform for new coins and powers so much of the entire cryptocurrency ecosystem. The Constantinople fork and Casper Proof-of-Stake changes should take care of the TPS limitations for the next few years, and I expect to see an explosion of dApps in 2018. Ethereum has tons of developer support behind it and POS means people will want to hold it for the long term. Its already become my #1 core/safe-haven position and I think a 3-5K range in 2018 is completely reasonable.
The emergence of transactable business-oriented blockchains
The last few years were about theory and technological innovation, but I think 2018 will be the year that cryptocurrencies finally start to demonstrate value in solving business problems.
Ultimately a cryptocurrency is pointless if it doesn't solve some transactional problem or alleviate some inefficiency in the value-exchange process. There are several sectors/cases for business users that are ripe for blockchain technology: supply chain, settlement layers between intercurrency transactions, payment processing, offloading processing tasks onto blockchains, identity management...etc.
I expect that transactable coins that actually have functionality will be the big winners. ICX, WTC, VEN, NEO, XLM and others that target enterprise-oriented use cases will likely be the focus over the next year.
The rise of a DAG coin as a standard for transfers between exchanges, most likely Raiblocks (XRB)
Lets be perfectly honest: Right now the vast majority of transactions being conducted on the blockchain is simply moving cryptos around various exchanges. Its quite a nerve-wracking process, watching thousands of dollars sitting unconfirmed on the blockchain explorer for hours is not a pleasant experience. If you move your balances a lot you will end up losing substantial money to transfer fees. This is why I can see a light fast DAG becoming a standard for inter-exchange transfers of funds, specifically XRB after it gets listed on Binance. Being a DAG the process of onboarding isn't as simple as just adding another ERC20 coin, but once the Raiblocks team figures this out on Binance I suspect that adoption will follow quickly to other exchanges. The quick transactions speed and no cost will make it the ideal coin to exploit arbitrage between less liquid and more liquid markets.
The rise of "dividend" coins"
The next year should be one where the stretched valuations are questioned, and those coins that pay out a form of dividend and can thus be easily valued will become a safe harbor. NEO, EOS, ARK, VEN,OMG among others should gain favor. We actually saw NEO do particularly well in this recent downturn. I expect to see a lot more also following this dividend payment model.
**The move away ...

Bitcoin’s price action over the past few days has come at a slight cost. As we saw during the height of the 2017-2018 bull run, whenever Bitcoin becomes popular, its transaction fees skyrocket. Bitcoin transactions are classified as unconfirmed if they have not been received a confirmation on the blockchain within 24 hours of the transaction taking place. All the transactions are confirmed by miners who do the “work” and three separate confirmations are needed for a transaction to be considered fully confirmed. Bitcoin.com created a fundraiser to raise $50,000 for Kudelski Security to audit Cashfusion’s codebase and another $50k for ongoing development. While bitcoin has run-up to all new price highs in 2020, a great number of crypto supporters have been complaining about the mempool backlog and the high fees needed to send a transaction ... Mempool Empties After Reaching to 95 Million Unconfirmed Transactions Post-Halving. by AnTy. June 1, 2020. Home Bitcoin News Bitcoin Mining. Facebook. Twitter. Telegram. ReddIt . Linkedin. Email. Bitcoin price is keeping stable around $9,500 and the network is also coming back to the levels it was before the halving. The week before last, the average bitcoin transaction fees soared to nearly ... This means that a transaction is unconfirmed until the new block is generated. Therefore, if you’re sending or receiving Bitcoin, it’s essential to wait until you see that the transaction has been confirmed. One confirmation usually takes up to 10 minutes. But, since one confirmation is not enough to be confident about the validity of the transaction, users have to wait for each new block ... The most popular and trusted block explorer and crypto transaction search engine. The transaction will be placed in Mempool which is a list of unconfirmed transactions. Six bitcoin youtube tamil standard for most transactions to be considered secure. Cleantech 23 hours ago. However, due to its rising popularity, the bitcoin network is often backlogged with transactions waiting to be lumped into a block. As Bitcoin grew in popularity and exchange platforms emerged, it became ...